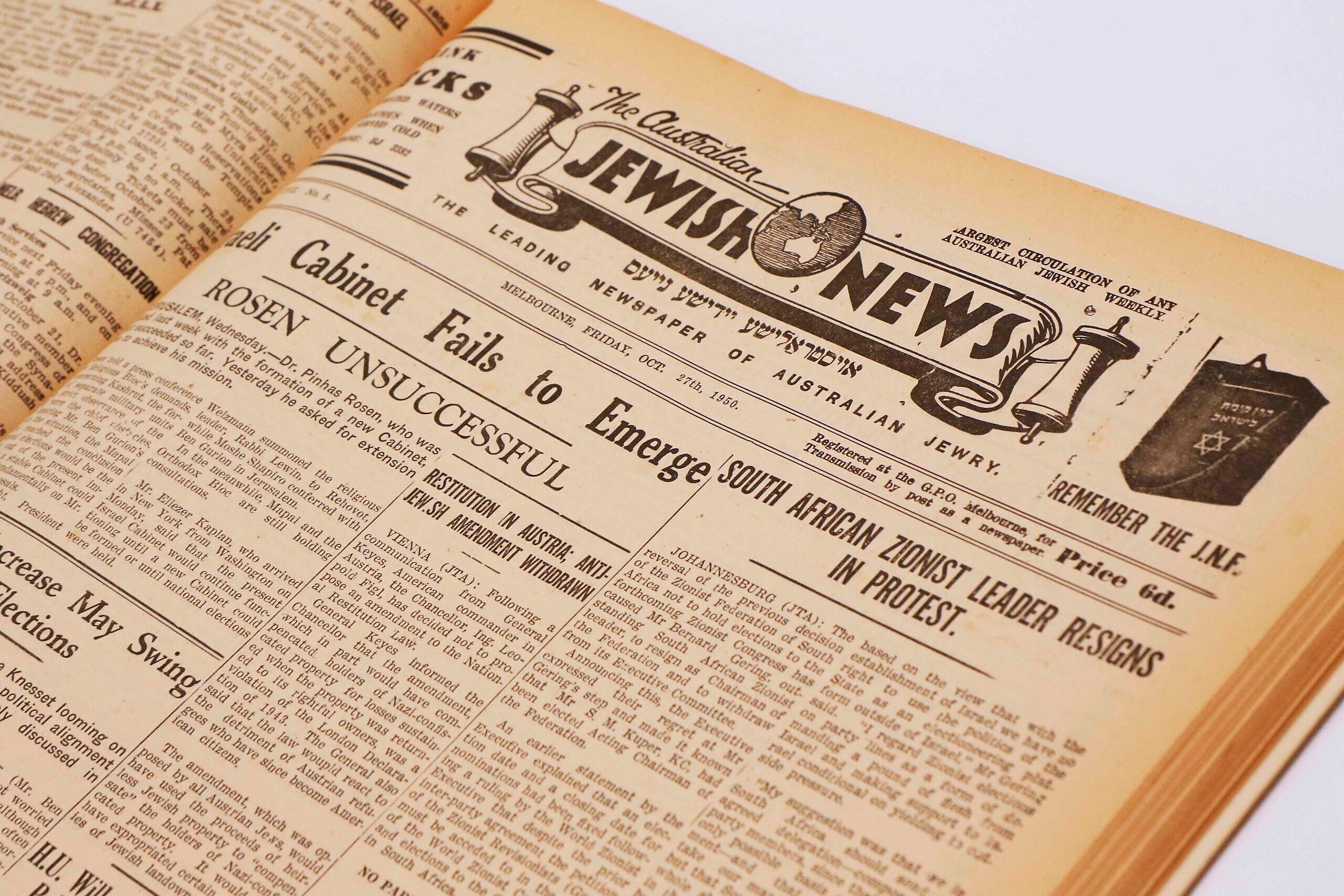 At least eight (and some say 16) Jews arrived in Australia on the First Fleet in 1788. Much of the documentation of Jewish lives in Australia has survived. Documentation of Australian Jewish life since then does exist, but what exactly has survived and where to find it has been hard to know until now. JewishGen, the premier online source of Jewish genealogical information, has nothing from Australia in its country databases, while the largest overall source, FamilySearch, holds few Australian record collections.

To remedy our lack of knowledge about resources for Australian Jewish family history, AJGS (Vic) (the Australian Jewish Genealogical Society (Victoria)) has partnered with Documentation of Jewish Records Worldwide (DoJR) to undertake a comprehensive, Jewish records survey in the Australian state of Victoria. Project survey findings will be stored in the DoJR catalog, JCat. JCat, the world’s most comprehensive catalog of historical documents about individual Jewish lives, will be the permanent, freely searchable online home for the collected information of this survey.

Since its inception in early 2021, AJGS (Vic) has discovered nearly 5,000 record collecitons for JCat and now is preparing to undertake a series of on-site surveys in dozens of organizations throughout Victoria when current COVID lockdown restrictions are lifted. Preparations have included:

Below are some of the many useful, but previously unknown or forgotten, record collections the AJGS (Vic) team had discovered:

The team is finding great satisfaction in unearthing their local Jewish knowledge as a legacy for future generations, creating a resource for those who are searching ancestors in their locality, and knowing what is where and the richness of collections which will also help prioritize future digitization and indexing projects for their society.

After it completes its survey of Jewish communal organizations, the project team will survey non-Jewish organizations with data on Jews, such as school and university alumni associations, newspapers both major and local, professional organizations, and the Australian National Archives.

The project team, led by Dr. Helen Gardner, also includes Liz James, OAM, and Bubbles Segall. As it works, team members experience considerable satisfaction unearthing local Jewish history as a legacy for future generations, creating a resource for those researching their ancestors. Knowing what exists, where it is held and the value of the collections will help the AJGS (Vic) prioritize future digitization and indexing projects.

Helen Gardner, PhD, has been a research biochemist, computer programmer, community development officer, psychologist and academic. She is a member of the AJGS (Vic) committee and initiated the Society’s involvement in the DoJR project.

Liz James, OAM, is a retired teacher-librarian who became interested in genealogy when she learned that her ancestors descended from a connecting network of multiple rabbinic family trees. She is committee member of both the AJGS (Vic) and the Australian Jewish Historical Society.

Bubbles (Lily) Segall is a retired nurse and midwife and now works as a Clinical Teaching Associate with medical students at Melbourne University, and a volunteer doula with vulnerable women. She has been secretary of the AJGS (Vic) since 2016.

How You Can Help

If you know of record collections that document Jewish lives in Victoria, Australia, or people and/or organizations that knew about them, share the information with us. Let us know if f you have research, digitization, or data entry skills and time to volunteer — or make a financial gift to the project.